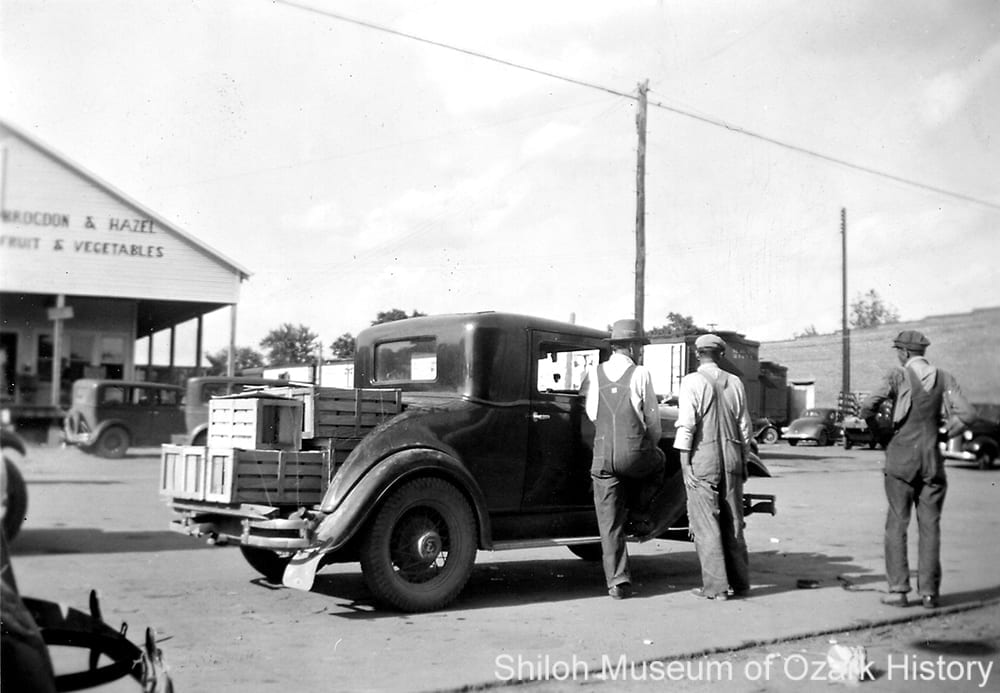 Forrest Hazel (1891–1981) and Preston Brogdon (1899–1951) ran a bustling wholesale produce market in downtown Springdale for more than thirty years, during the town’s heyday as an agricultural hub where local farmers sold a variety of crops which were shipped out via rail or processed locally.

In the late 1930s, artist Natalie Henry was hired to paint a WPA mural for the Springdale post office. She spent a few days in Springdale taking photos as a way to inform her artwork, including this street scene in from of Brogdon and Hazel’s warehouse.  Today, Natalie Henry’s mural, “Local Industries,” hangs in the Shiloh Museum. Learn more about the mural under the “New Deal” section of our 1920 to 1950 online exhibit. Martha Hall Collection (S-87-37-5)

Photo of the Month Archive