History of the Museum

In 1965 the City of Springdale purchased a significant collection of Native American artifacts.  Over the course of sixty years Springdale resident Guy Howard gathered a massive private collection. The collection contained some 10,000 prehistoric and historic artifacts and 260 books and pamphlets on anthropology and archeology. With this purchase, the history of the Shiloh Museum began.

After the purchase, city officials moved the collection into a vacant building. With guidance from the University of Arkansas Museum staff, volunteers interested in archaeology identified, classified, and cataloged the objects. The City soon hired an amateur archeologist on a part-time basis. They also appointed a board of trustees to organize a museum. The city approved the first bylaws in May 1968.

The old Springdale Public Library building was chosen as the museum’s first home. On September 7, 1968, the Shiloh Museum opened to the public. The name “Shiloh” honors the settlement and church established in the 1840s on the site of present-day Springdale. 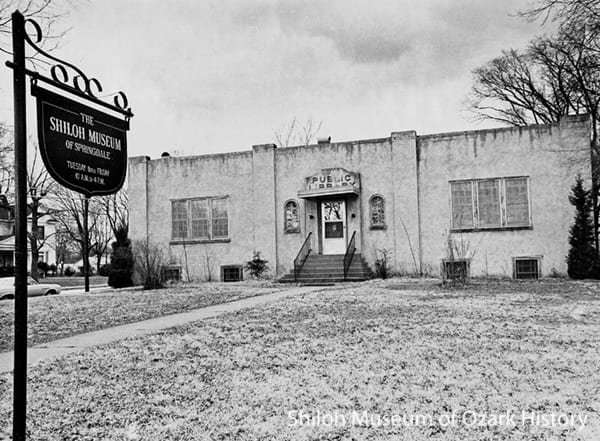 Continued Growth And An Expanded Mission

The principal purposes of the Shiloh Museum are to acquire and display items of historical value and to encourage and promote historical and cultural interest in the Springdale area. Over time, the museum’s field of interest expanded beyond Springdale. Its mission now includes more of the Ozark region and its unique history.

Despite the museum’s excellent collection, the museum grew slowly through the 1970s. With this in mind, the museum enlarged the board in 1980. Consequently, the board became more active and pursued growth. They board hired a full-time professional director. Thereafter, several innovations made the museum more visible. New educational programs (including a lecture series, crafts workshops, and tours for school classes); an aggressive exhibit scheme; and a series of successful grant proposals engaged the community.

Seven federal grants awarded to the museum during the 1980s helped increase the museum’s prestige. The grants aided in growing the staff and increasing services. One special program funded by federal grants was the “Vanishing Northwest Arkansas” photo collection project. By 1993, that project had collected over 100,000 images. As a result, it earned an Award of Merit from the American Association for State and Local History.

In the early 1980s the museum acquired property adjoining the museum by purchase and bequest. This addition gave the museum its present boundaries. Currently, the Shiloh Museum of Ozark History occupies a city block of two acres (which includes the historical town square of the community). Four historical buildings (1850s log cabin, 1870s general store, 1870s country doctor’s office, and 1930s outhouse) were moved onto the property. The buildings are arranged to take advantage of interesting changes in elevations and complement an 1870s (remodeled in 1938) home already on the property. The entire site is enriched by some of the oldest trees in the city. 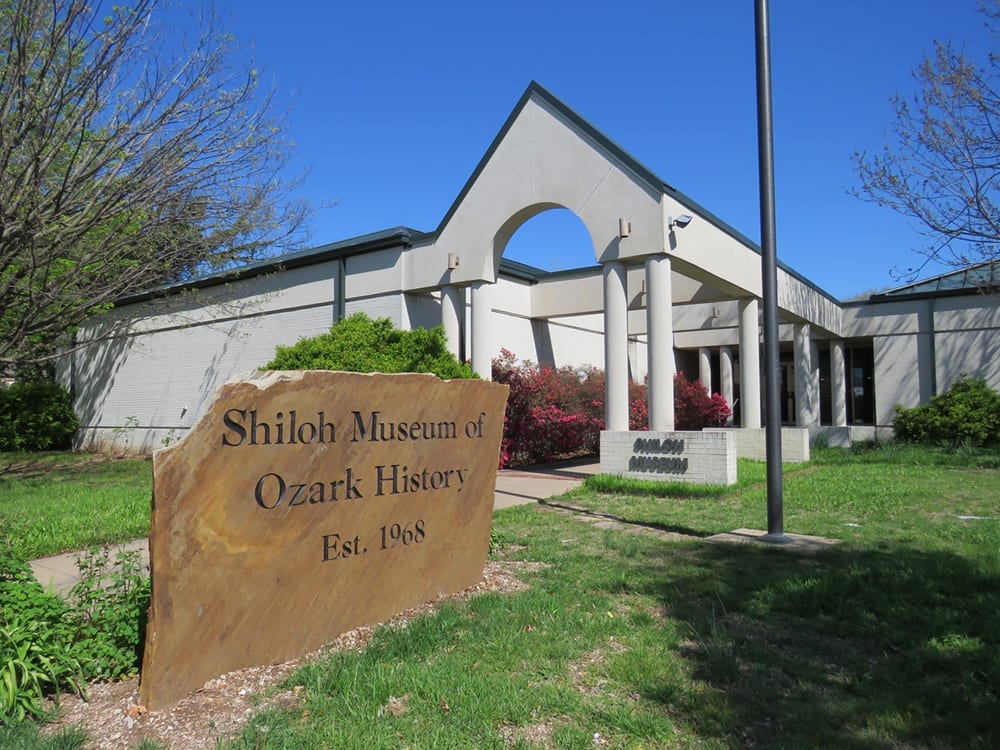 Out Of The Old And Into Today

In 1991, after five years of fund raising and construction, the museum moved into a new 22,000 sq. ft. ($1.1 million) building. This new, larger facility fit the museum’s regional vision. Consequently, in 1993, the board changed the name to “Shiloh Museum of Ozark History” in order to more clearly define its scope for potential visitors. Then, in 1995, a 1930s barn with attached sheds (for our antique farm machinery) was moved onto the site. Finally, in 2005, the New Era Lodge #36 of the Independent Order of Odd Fellows donated their meeting hall, originally the historic Shiloh Primitive Baptist Church, to the museum. The two-story frame building, now known as the Shiloh Meeting Hall, is located one block north of the museum’s main campus.

The City of Springdale remains the museum’s main source of financial support, but approximately two-thirds of the members, visitors, and participants in programs live outside Springdale. The museum reaches out to other cities and counties through its collection policy and through its exhibits, programs, and research facilities.