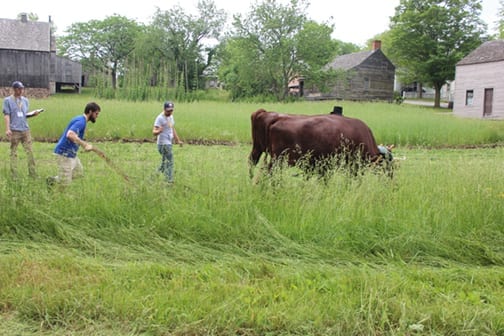 Aaron behind the plow. Photo by Judy Costello

Professional development opportunities and conferences are opportunities to not only network with colleagues from across the country, but in some cases around the world. Recently education manager Judy Costello and I were fortunate to be able to travel to Mumford, New York, for the Association for Living History, Farm and Agricultural Museums (ALHFAM) annual conference. This year’s conference theme was “Breaking Through Barriers: Living History in Modern Times.”

Like many other conferences, there were sessions about the work of different museums and historic sites as well as the opportunity to visit several sites in the area. But there are a couple of traditions that are unique to ALHFAM conferences. One such tradition is the Plowing Match, where conference attendees can sign up to plow a furrow. This year at Genesee Country Village & Museum the competition involved directing a team of oxen. 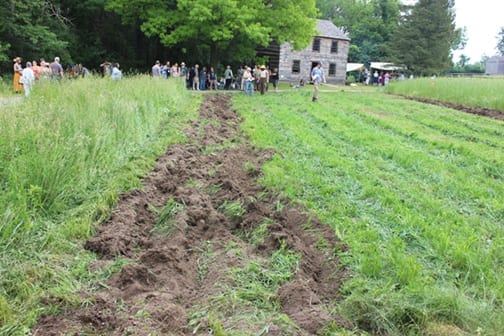 The finished furrow. Pretty good for a beginner! Photo by Judy Costello

There were three categories offered in the contest: novice, apprentice, and expert. Since I have never plowed before, I signed up as a novice. Matt Sanbury of Genesee Country Village & Museum walked alongside us novices as we plowed, giving  tips about which way to lean the plow as we guided the oxen team.

In the end there were over forty people who took the plowing challenge, including twenty-six novices. It was quite a surprise during the closing banquet when I was awarded third place in the novice category and was given a commemorative mug made by Mark Presher, master potter at Genesee. 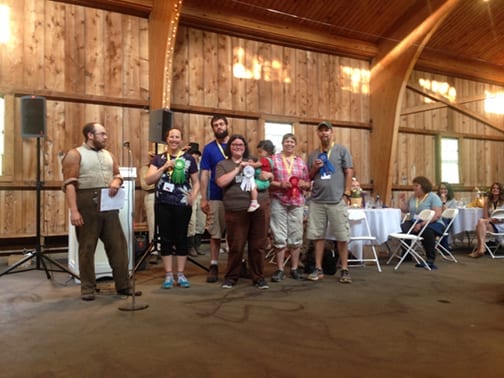 The top five in the novice class. Photo by Judy Costello

While I do not expect to be plowing anytime soon here at Shiloh, being able to participate in historic trades like plowing allows us to convey what people in the Ozarks historically had to deal with on a daily basis.

Aaron Loehndorf is the Shiloh Museum’s collections and education specialist.