These Indian clubs belonged to Thomas F. Moran (1865-1950). Born to Irish immigrant parents in Worcester, Massachusetts, Moran lived in Fayetteville after he retired as a first lieutenant in the U.S. Army in 1910. He was married to Elizabeth Barbara Schipperus; they had two sons, Thomas and Edward.

In the early 1800s, British soldiers stationed in India were impressed by the fitness of many Indian military personnel. The secret of the Indian soldiers’ excellent physical condition was their use of wooden clubs as part of an athletic training program. Swinging the clubs in a variety of patterns around the body leads to improved upper body strength, muscle tone, and agility. 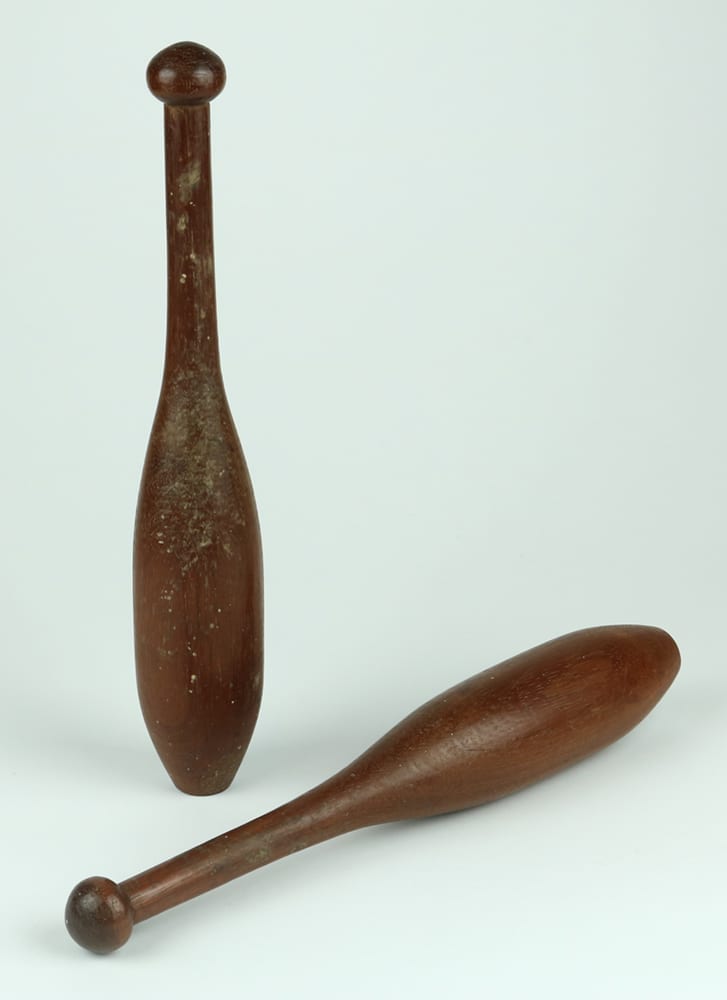 From the mid-1800s into the 1930s, Indian clubs were a popular part of exercise routines in physical education classes in the United States. 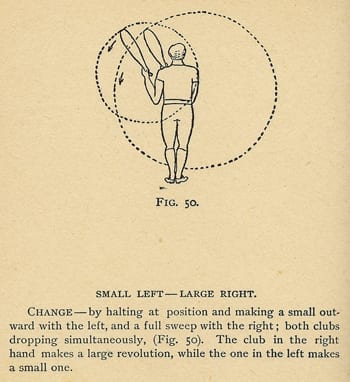 Illustrations from As Others See Us or, The Rules and Customs of Refined Homes and Polite Society, F. B. Dickerson Co., 1891.