Benjamin Harrison (left) and Levi Morton distributed badges like this during their 1888 campaign as the Republican nominees for president and vice president. They lost the popular vote by 90,000 but managed to beat President Grover Cleveland in the electoral college vote of 233 to 168.

This badge belonged to John Rees Gill He and his wife, Della Ahart Gill, lived for a time in the Madison County community of Pettigrew, where John Gill became the town’s first postmaster in 1898. 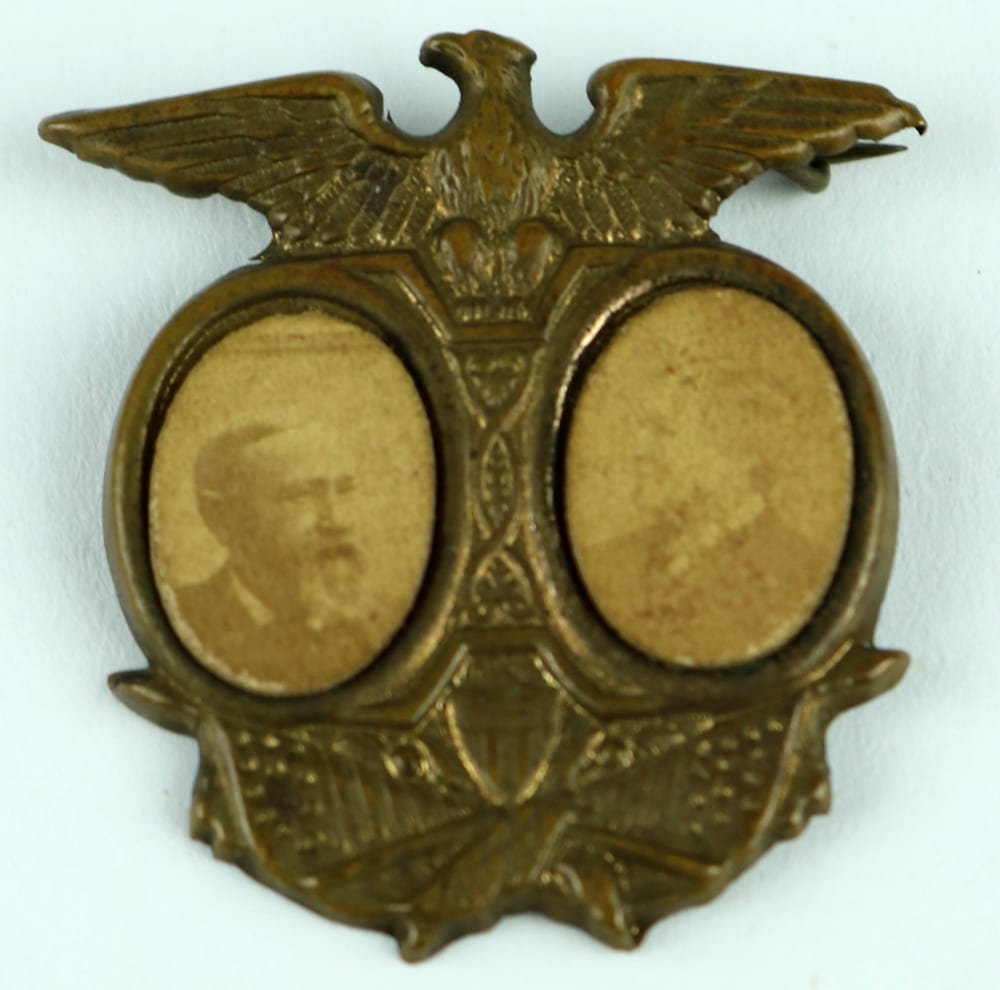