While in Europe as a soldier during World War I, Nathan Bickford sent his wife, Naomi, this apron. Nathan Bickford served with Company G, 9th Infantry Regiment, 2nd Infantry Division during the war. He was awarded a sharpshooters badge, a World War I victory medal and a purple heart with oak leaf clusters for injuries suffered in France.

The Bickfords lived in Missouri, Kansas, and Tennessee before coming to Northwest Arkansas in the 1940s, where Nathan Bickford was an attorney in Gravette and Springdale. 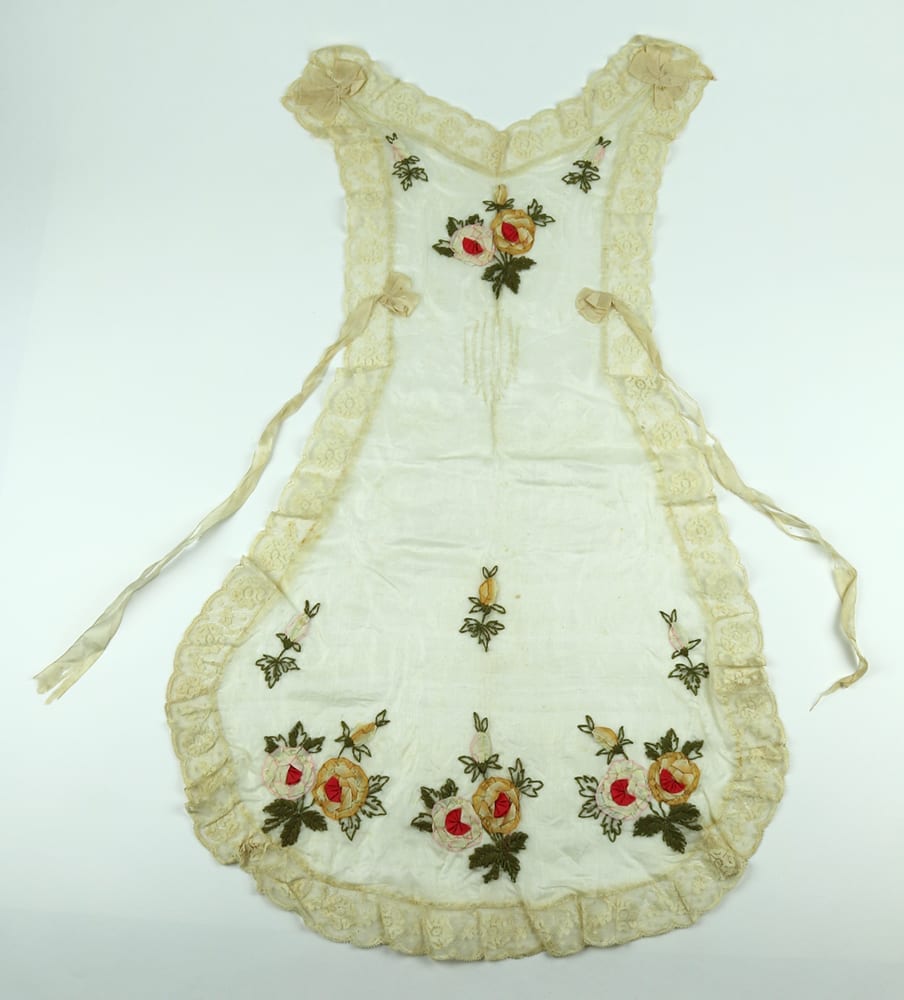