Growing up in Fayetteville in the 1930s and 1940s, Orville Hall Jr. was surely the envy of all his buddies when he wore this snazzy shirt emblazoned with professional baseball team mascots of the day. Several teams on the shirt no longer exist. The St. Louis Browns became the Baltimore Orioles in 1954. The Washington Senators moved to Minnesota in 1961 to become the Twins. The New York Giants remained in New York until 1957 when they and the Brooklyn Dodgers moved to San Francisco and Los Angeles, California. 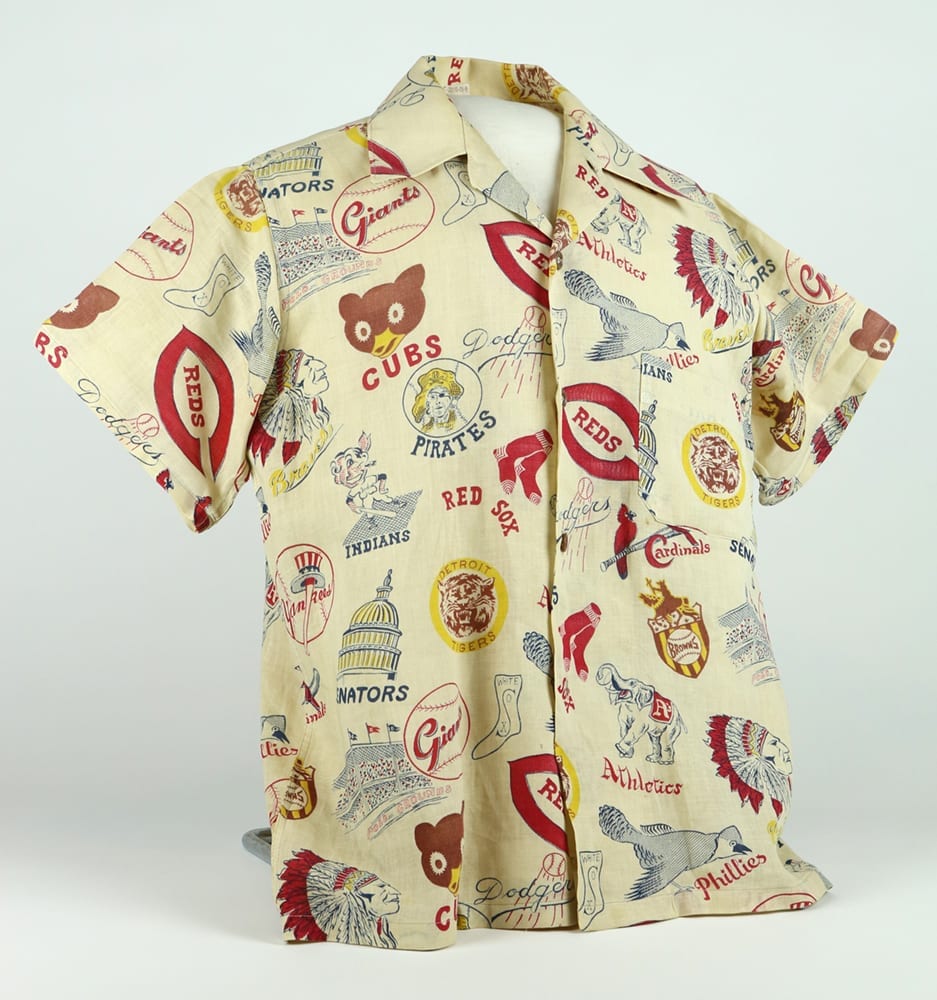