These dolls belonged to Frances Slaughter (b. 1905) when she was growing up in the Washington County community of Goshen. The dolls have no markings; no background information is known about them other than the baby is bisque (unglazed porcelain) and the boy is composition. Bisque dolls were developed in the late 1860s and were popular through the early 1900s. Composition is a mixture of glue and sawdust and was developed in the late 1800s. Sturdier than bisque, composition became the most common material used to manufacture dolls in the 1900s until the advent of plastic in the 1950s. 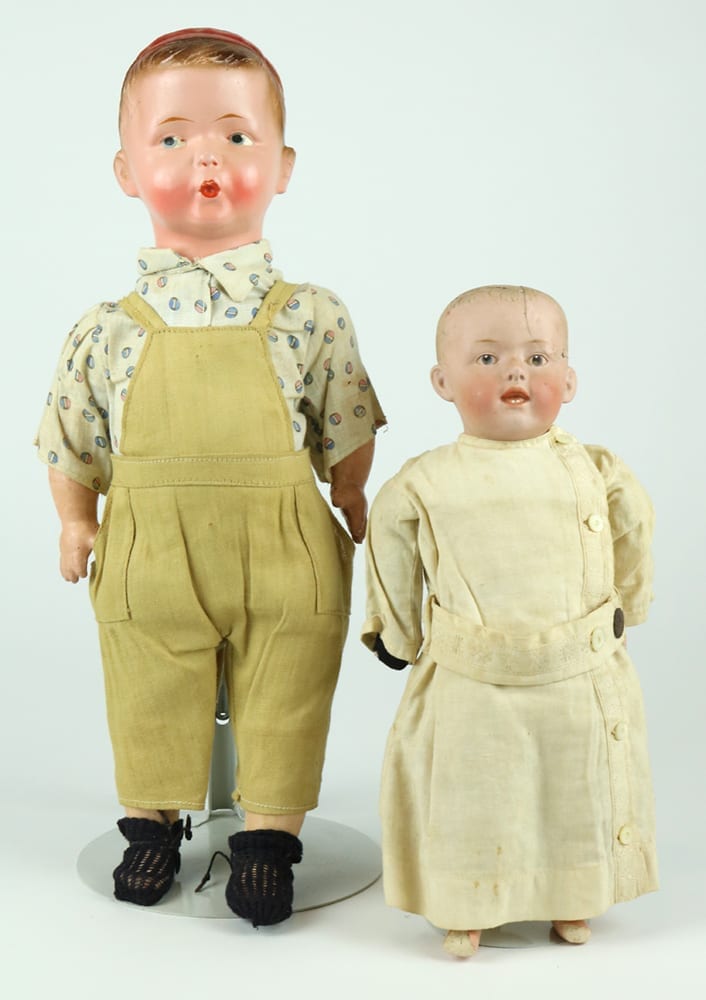