This Delco battery jar dates from the 1930s, before rural electrification came to the Ozarks. Many rural homes, farms, and small businesses produced their own electricity with a Delco-Light power system, which consisted of an engine powered by gasoline or kerosene, a generator, and a series of batteries. The batteries contained a corrosive mixture of acid and water and were stored in glass jars such as the one pictured here.

The Rural Electrification Administration was established in 1935 by President Franklin D. Roosevelt. It was tasked with getting electricity to rural areas not served by public and private power companies. However, it was after World War II before many rural Arkansas Ozark families saw electricity brought to their homes and farms. 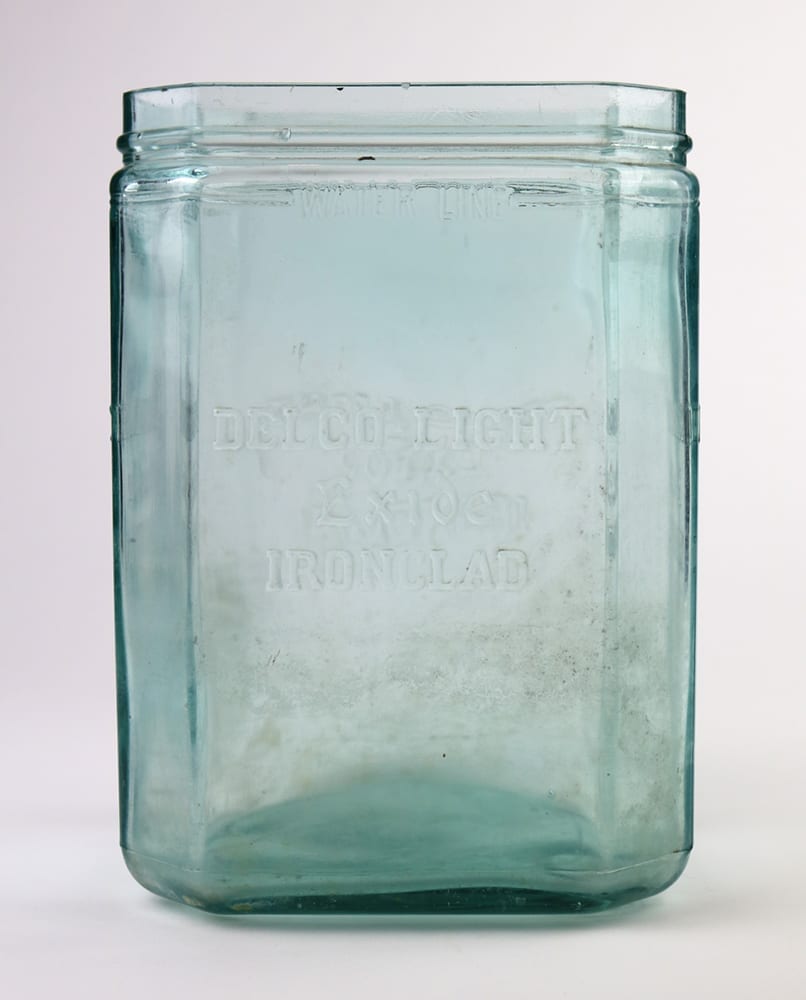