Donated by Norman and Elsie Young

During World War II, souvenir pillow shams were popular gifts sent from soldiers to family and friends back home. This sham boasts a golden castle in the upper left hand corner, the symbol for the Army Corps of Engineers. In the upper right corner, the blue star on a red and white background is a symbol used by the Army Service Forces from March 9, 1942 through June 11, 1946. The large symbol in the center of the sham represents Fort Leonard Wood’s Engineer Replacement Training Center. The phrase “Victoria Ex Scientia” means “Victory from Knowledge.”

Norman Young (1913-1989) was born near the Madison County community of Wesley. He enlisted in the Army in 1943, trained at Fort Leonard Wood in Missouri, and served with the Army Corps of Engineers. Young’s overseas tour of duty took him to Italy.  PFC Norman Young was discharged from service on October 17, 1945. He returned home to Northwest Arkansas, married Elsie Cress, and worked as a custodian at the University of Arkansas. 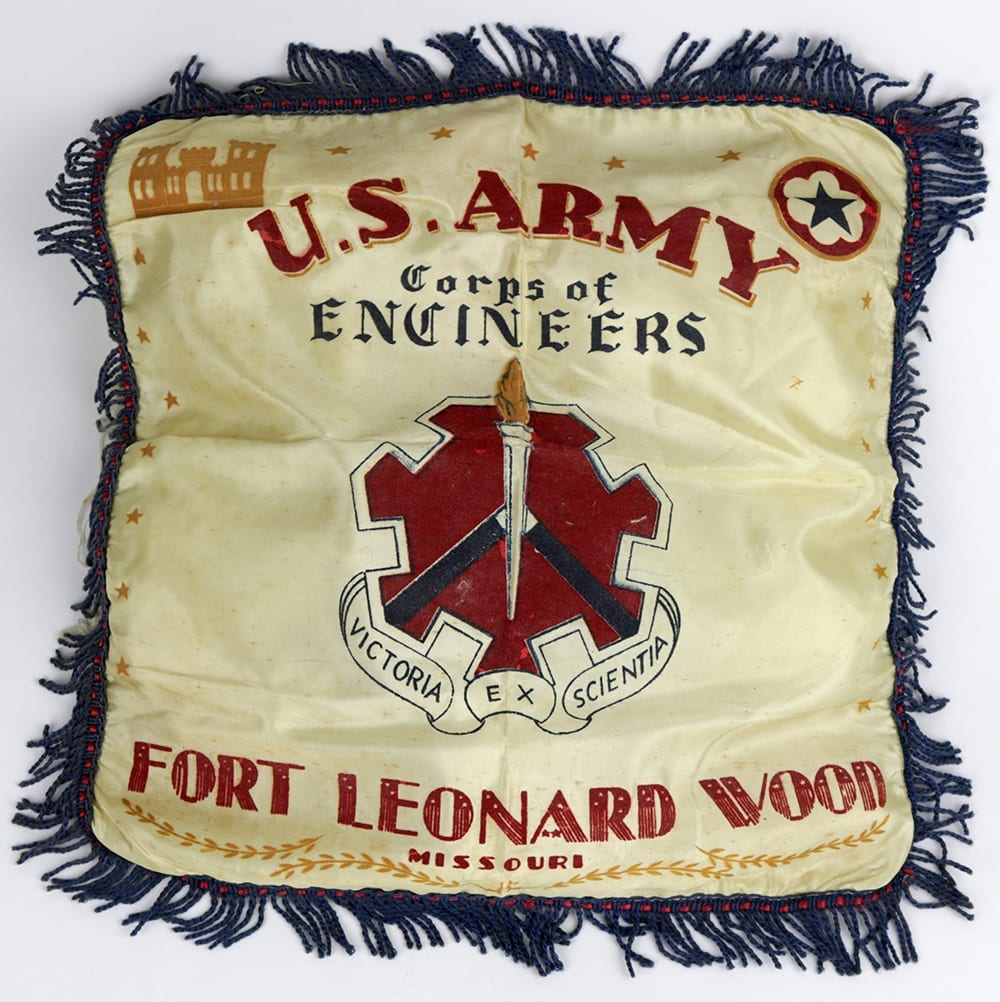