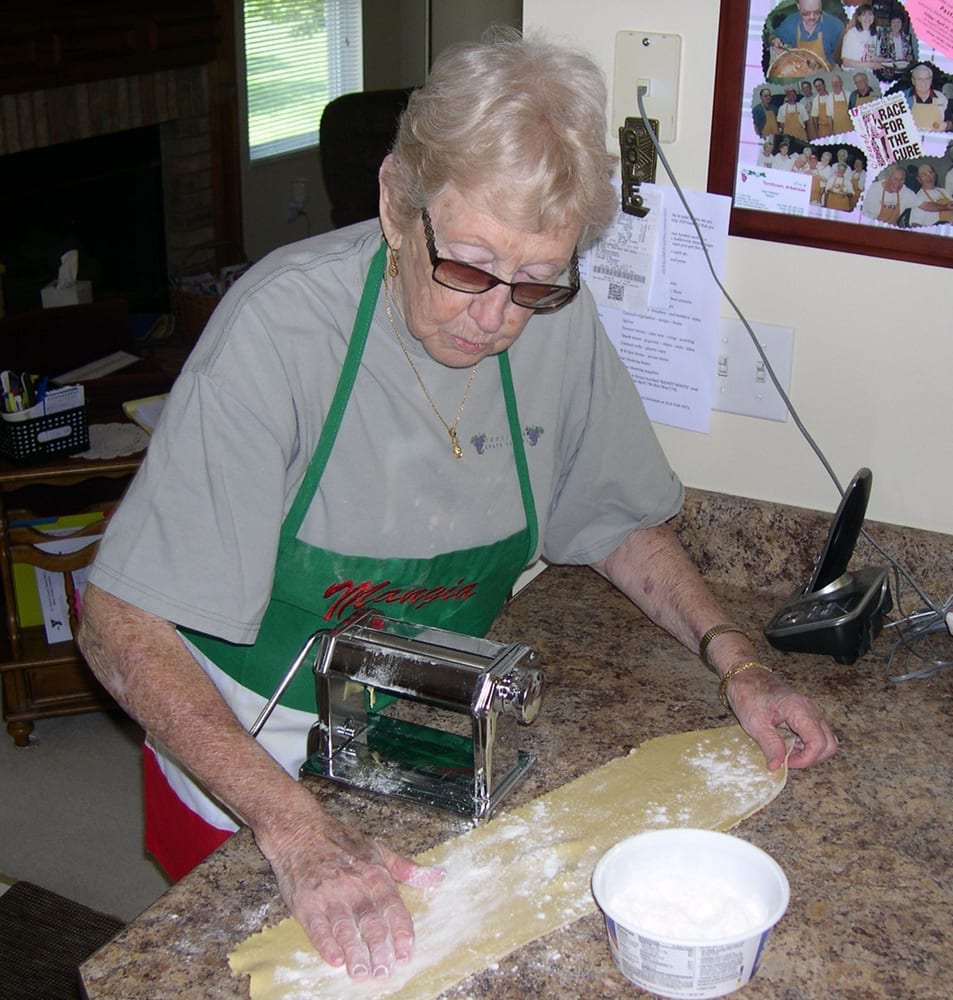 Ravioli was on my mind during a phone conversation with Nova Jean Fiori Watson. That’s not why I called her, but as we finished our business I had to ask, “Did your mother make ravioli?” I was curious because I have a circle of friends who love to cook and our next project together was ravioli.

Nova Jean has a life-long love of the Italian food she grew up with. Her paternal grandparents were Maria “Mary” Cortiana and Pietro “Pete” Fiori. Born in Italy, they came to Northwest Arkansas as young children in 1898 with their families and other Italian settlers, under the leadership of Father Pietro Bandini. Together these immigrants founded the farming community of Tontitown, west of Springdale. 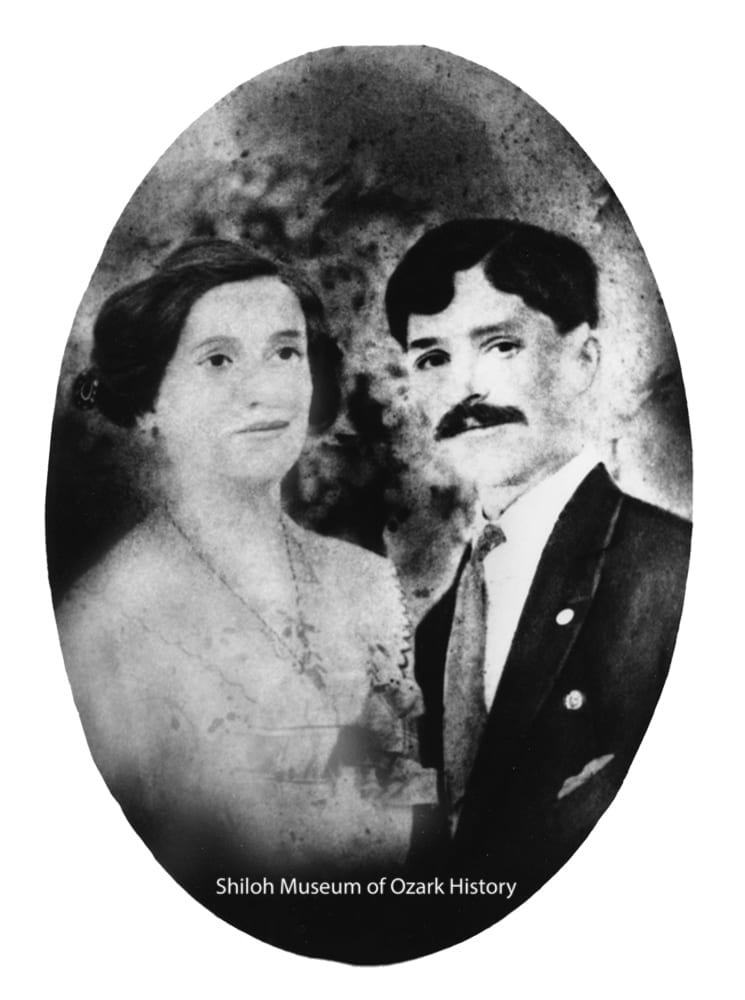 When she was a child, Nova Jean lived with Nona Mary and Nono Pete during the school year. In an article she wrote for the Tontitown Storia (Spring 2007), Nova Jean said that she “looked forward to the day Nona baked bread, because we would have fried bread and [home-canned] peaches for lunch.  It was sooo good.”  When Nona’s grandsons had free time, she had them kill the sparrows roosting in her brooder houses with their BB guns. “She called them ‘Chee Chee Birds.’ She would skin them, clean them and cut off just the beaks, leaving the heads. She prepared hers in the oven with oil, sage, and garlic. They were delicious. How sad that none of us bothered to learn the recipe.” In a recent email, Nova Jean recalled another specialty of Nona’s—homemade soup, which she “always started with salt pork grease from a crock in the cellar, which was replenished each time the family butchered a hog.” 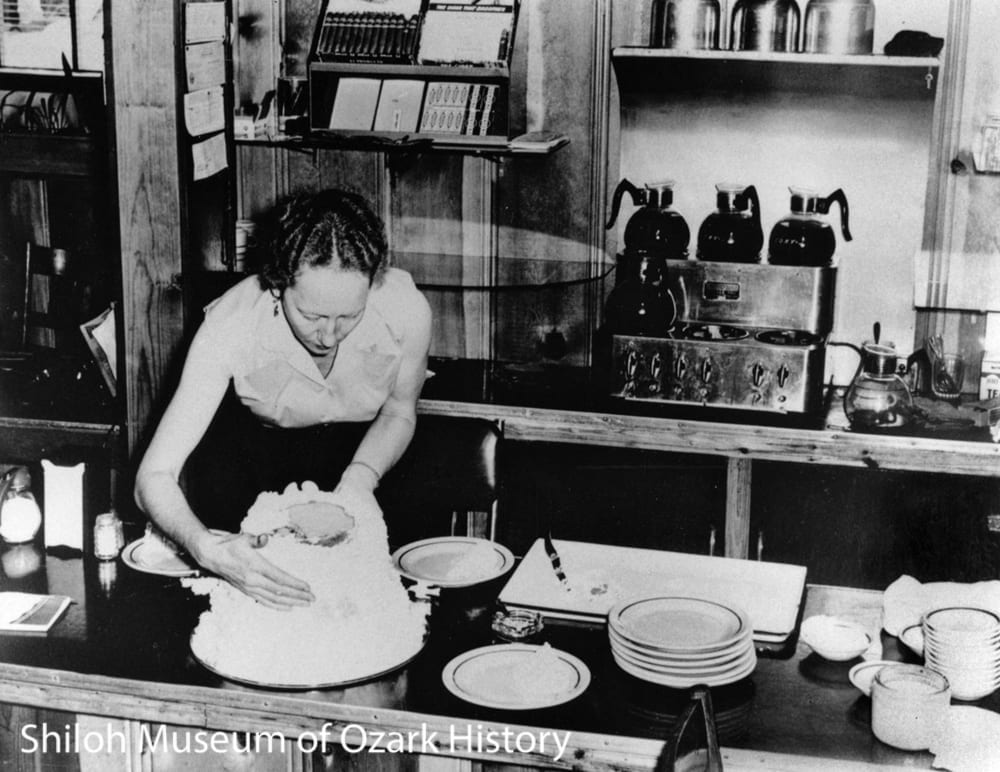 Years later, after Nova Jean and her husband Danny Ray Watson retired and moved back to Tontitown, Nova Jean’s mother Fern came to live with them. Fern Haney Fiori grew up in an Irish family in nearby Elm Springs where, according to Nova Jean, “the teenagers and young adults mixed with the same from Tontitown.  They would mostly dance at someone’s home or any place large enough to accommodate the crowd, any place within walking distance for both communities.” In 1934 Fern married Pete & Mary’s son, Bill Fiori. Over the years Fern learned to cook a few Italian dishes from the ladies in the community.  Fern and Nova Jean had many conversations about food. In 1992 she asked her mother about the chicken filling she made for ravioli.  In a shaky hand Fern wrote, “Boil chickens pick off bone…”

I think Nova Jean and I are kindred spirits in the kitchen. Not just the joy of cooking, but exploring and cherishing the memories and histories behind the recipes.  One of the other Italian foods she’s researched is a sweet bread made at Easter, locally known as fugase. In the early 1990s she collected recipes from several Tontitown ladies including her paternal aunt, Elsie Mae Fiori Pianalto. Maybe Nova Jean and I can get together to make bread someday. Until then, I’ll enjoy making chicken ravioli. Here’s the recipe, so you can taste a bit of history, too.  Buon appetito! 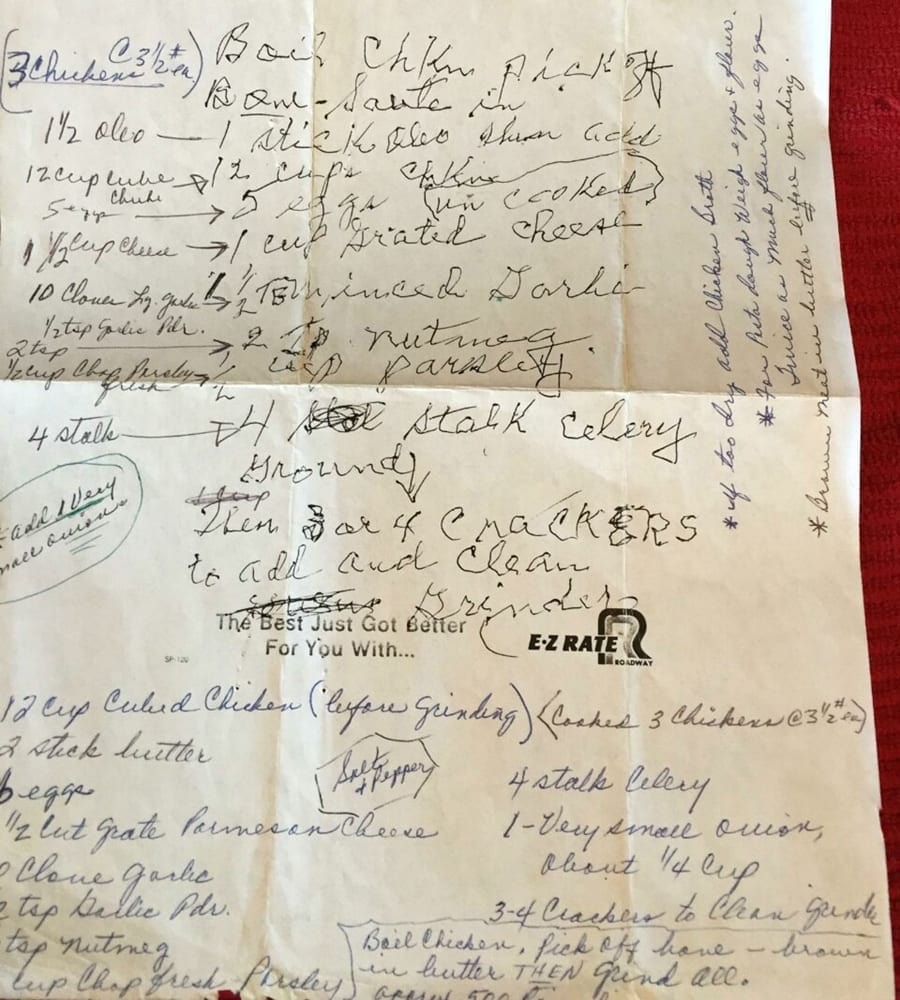 Fern Haney Fiori’s Chicken Ravioli
This is Nova Jean’s version of her mother’s recipe, scaled down from the three chickens it originally called for. Serve the cooked ravioli with a bit of red sauce (marinara) or en brodo (in broth).  Makes about 56 ravioli or four meal-sized servings.

To make the filling, melt two tablespoons butter in a sauté pan over medium heat.  Lightly brown half of the chicken and remove.  Repeat with the remaining chicken and butter. (If the chicken is browned too deeply, it will make the filling gritty.)  Once the meat is cool, grind it in a meat grinder, alternating with the celery, onion, garlic, and parsley.  Add the crackers last, to clear out the grinder.  (If using a food processor, pulse the meat and vegetables separately until chopped fine; do not puree.)

Add the cheese, nutmeg, salt, and pepper to the ground mixture and blend thoroughly. Taste and adjust the seasonings, as needed. Add the egg and one tablespoon or two of broth or water to make a loose, but not wet, mix.

To make the pasta dough, place the eggs into a large bowl and whisk with a fork. Add the flour and mix until the dough comes together into a shaggy ball. Squeeze some of the dough in your hand to see if it holds together. If so, knead the dough on the counter for a few minutes until smooth. If not, for a crumbly dough, add a little chicken broth or water. For a sticky dough, add a bit of flour. The proportion of egg to flour is 1:2 (one part egg by weight, two parts flour by weight).

Roll out the pasta dough into sheets and form the ravioli, using a tablespoon of chicken filling per raviolo (the singular form of ravioli). Cook the ravioli in simmering chicken broth for 3-7 minutes, until the pasta is al dente. Serve the ravioli with broth or with a red sauce.  Garnish with parmesan cheese. 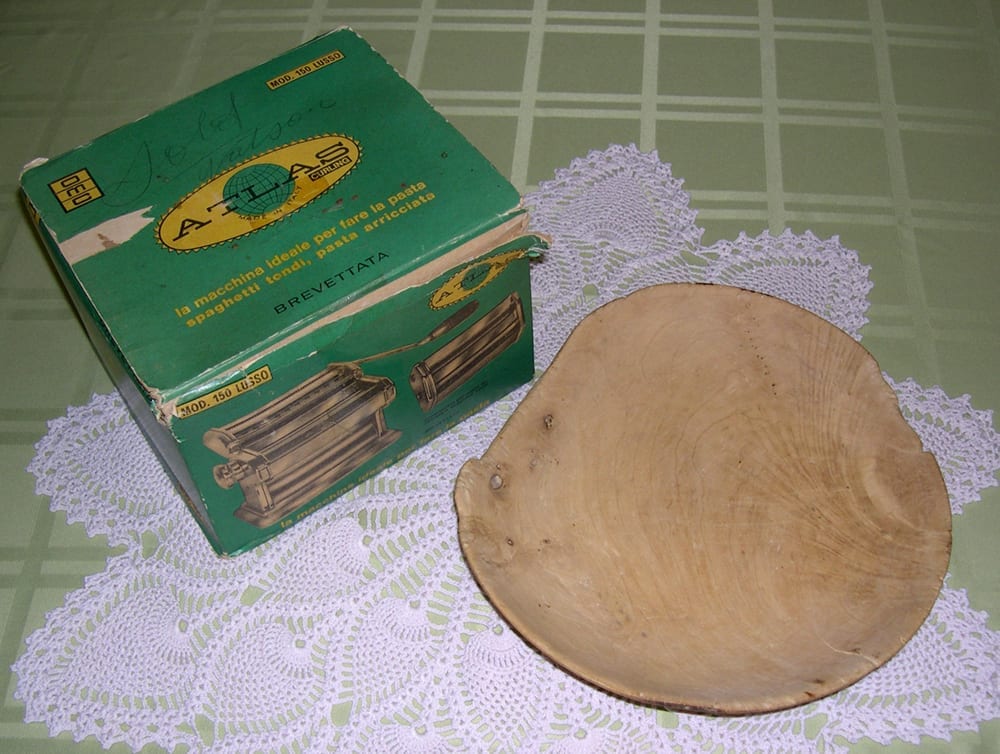 NOTE:  There are plenty of recipes and videos on the Internet for making chicken broth and red sauce (marinara), rolling out pasta dough, and forming ravioli.