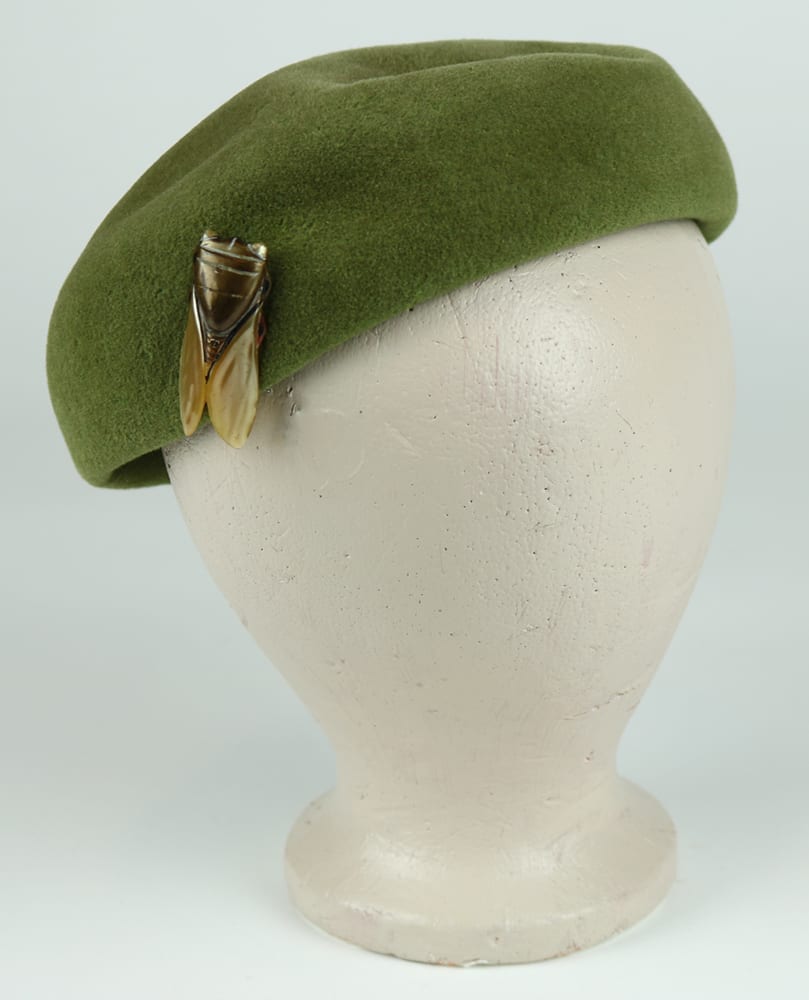 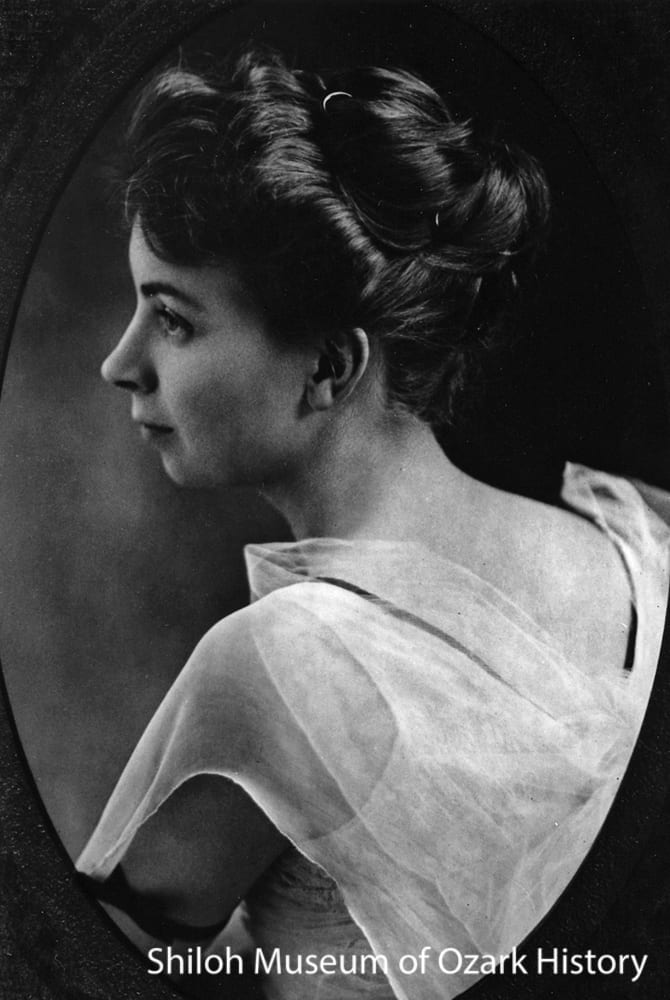 Vera Key (1893-1987) was a civic leader in Rogers, Arkansas. Born at War Eagle (Benton County) and raised in Rogers, she served in the Army Nurses Corps in World War I and later worked as a nurse for noted author and humorist Tom Morgan of Rogers.

A descendant of two pioneer families of Benton County, the Blackburns and the Keys, Vera Key devoted her later years to historic preservation projects. She was active in the effort to establish Pea Ridge as a national military park and was the first chairperson of the commission that founded the Rogers Historical Museum.

Vera Key acquired many hats over the years, which would have been natural for a woman of her era involved in civic organizations. Several of her hats, including this one, came from the Lazarus Department Store in Cincinnati, Ohio. This circa 1945 simple olive green wool beret was made all the more distinctive with the addition of the cicada insect pin. A blue bead hat pin held the hat in place.