by Susan Young | Artifact of the Month, Crafts, Music

L. O. Stapleton of Springdale made this dulcimer for his daughter Linda in 1980. He dubbed the style “Ozarkian Weeping Heart.”

“Stape,” as he was known to friends and family, made over 300 dulcimers, guitars, and other stringed instruments in the 1970s and 1980s out of his Springdale business, Hillbilly Dulcimer Shop.

by Susan Young | Artifact of the Month, Music

This cornet was purchased at the Beulah Smith estate auction in Fayetteville in 1984 and came to the Shiloh Museum labeled as a “damaged trumpet.”

The cornet belonged to Beulah’s father, John Preston Smith (1855-1941), a merchant in Farmington (Washington County) who also played in the town band in the late 1880s. He later owned “The Leader” and “The New Model” clothing stores in Fayetteville. 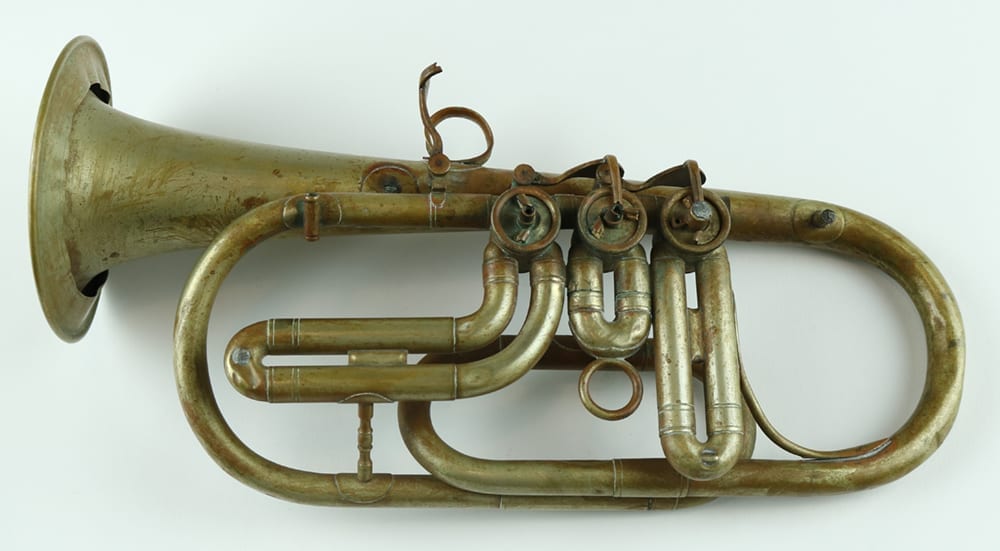 A few years ago, our collections assistant at the time, Heather Marie Wells (a University of Arkansas Razorback Band alumnae), took one look at the instrument and knew that it was not a trumpet, but a cornet. In an effort to track down information about the cornet, she corresponded with Professor H. M. Lewis of Georgetown University, who is a member of the International Trumpet Guild. According to Prof. Lewis, the cornet dates to circa 1870, and was possibly made by C. A. Zoebisch of New York.

As it turns out, Prof. Lewis knows Springdale. He lived here in 1951-53, when his father, a Methodist minister serving in the North Arkansas Conference, pastored at the First Methodist Church, located just across the street from the Shiloh Museum! It really is a small world.

by Susan Young | Artifact of the Month, Music 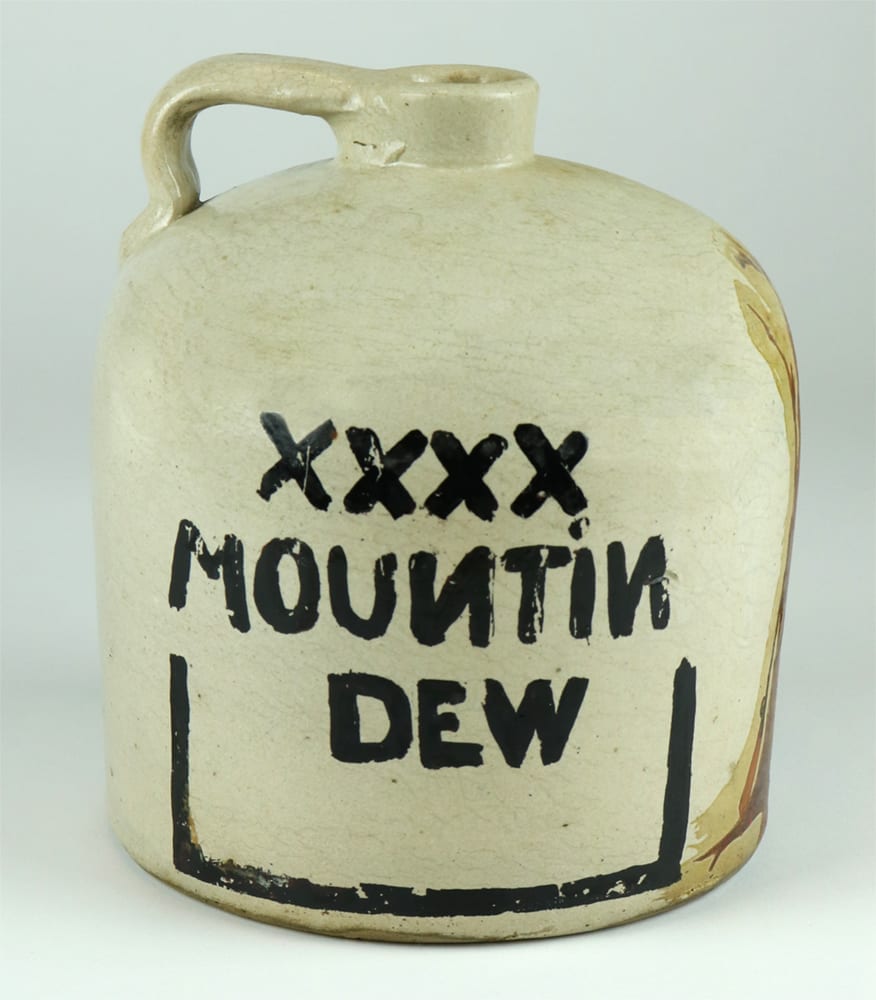 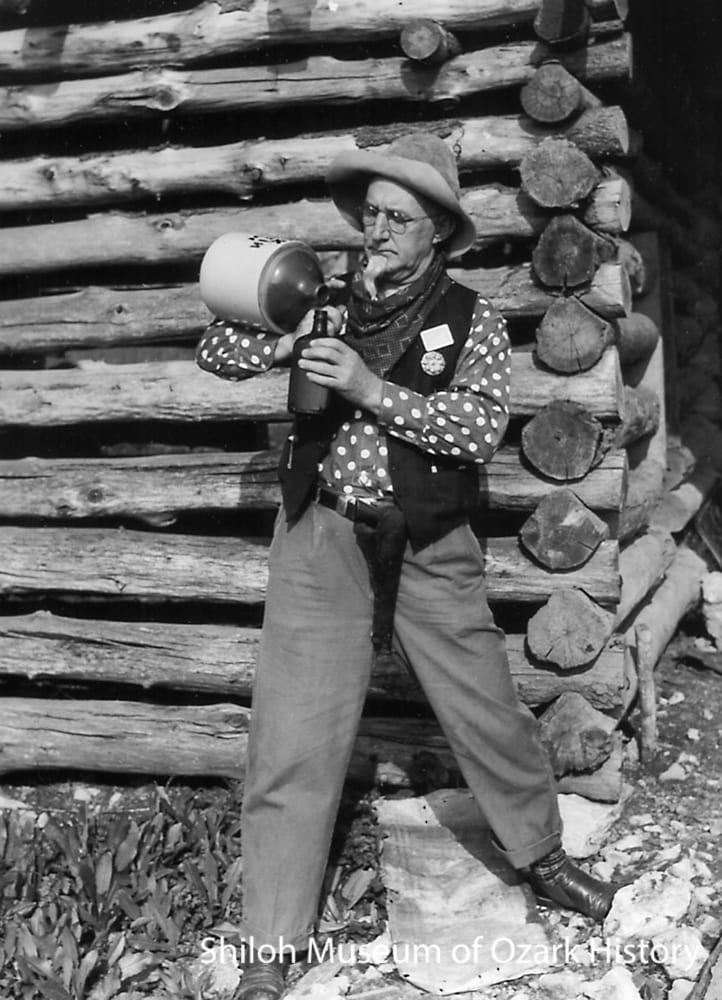 This ceramic jug was used in the 1940s and 1950s by Dupree Deaver, a member of Springdale’s Skunk Hollar Hillbilly Band. Deaver portrayed a moonshine-swilling character named “Pappy.”

The Skunk Hollar Hillbilly Band, which was founded about 1938 by P. W. “Doc” Boone, dressed up in stereotypical hillbilly garb and performed traditional mountain music interspersed with short comedy routines. Along with Boone, the original band members were Austin Cravens, Scott Price, and Virginia Lee Clarkson. All were talented musicians. Boone sang and played harmonica; Cravens, saxophone and jaw harp; Price, guitar; and Clarkson, piano and accordian. They were later joined by Joe Robinson, a left-handed banjo player, and Dupree Deaver, who blew the moonshine jug.

Some others who were part of the band at one time or another were Yvonne Ballew and Mildred Clark, accordian; Harold Graham, Kendle Sigmon, and Ed Terry, guitar; Orville Fields, Dale Sigmon, and Doyle Clark, fiddle; Vera Jean Cummings, piano, and Billy Eden, mandolin. Roger Sanders played a homemade gourd kazoo.

The Skunk Hollar Band became popular throughout the region, as they traveled with a caravan of Springdale citizens who toured the area each year to advertise the Rodeo of the Ozarks. The group eventually disbanded in the late 1960s.